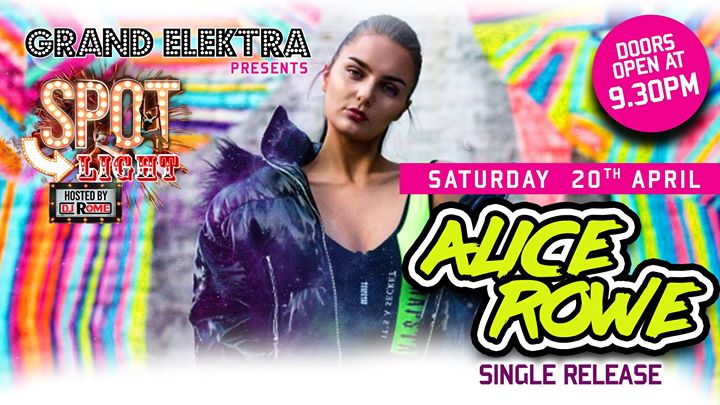 Originally from Hastings, Alice is a London-based R&B/Soul singer and songwriter. She started off on Soundcloud around a year ago with her debut track ‘Uninterested’, which was produced by Grammy-nominated producers M16 beats, Skhye Hutch, Nabeyin and Bigg Kid (whose previous work includes the likes of Drake, 2Chainz, Joey Bada$$ and Kendrick Lamar). From ‘Uninterested’, Alice went on to create her own lane consisting of her deep distinct vocals over R&B and bouncy trap beats.

Alice’s second release ‘Black Opium’ (produced by Zdot Productions) was the start of her journey, as it talks about vision, ambition and staying on track. Ever since then, Alice has been busy working in the studio with London producers and developing her sound. Expect more music soon and an EP later on this year.