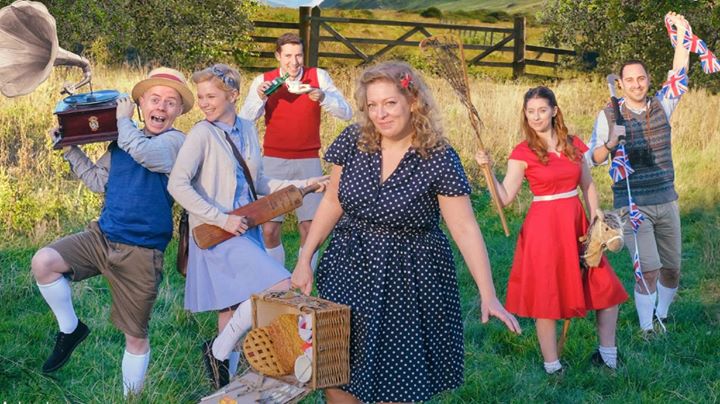 Enid Blyton for grown ups who are still young at heart and who are looking for the excitement a splendid adventure on a Sunday afternoon!

A riotous parody, chock full of innuendo and lashings of puns, the cast invent an hilarious, improvised adventure live and on the hoof; inspired by audience suggestions.

Performed in vintage costume with music and songs, the show offers a ripping and hilarious tongue-in-cheek homage to Miss Blyton.

Featuring a picnic basket of the UK’s best known improvisers from stage and screen, this is quality comedy theatre that’ll grab you by the jolly hockey sticks and leave your sides aching!

If you came to see Austentaious a couple of years ago at Rye Arts Festival, brought to you by elderly cousins of the Bumper Blyton team, you’ll know what to expect and you won’t be disappointed!