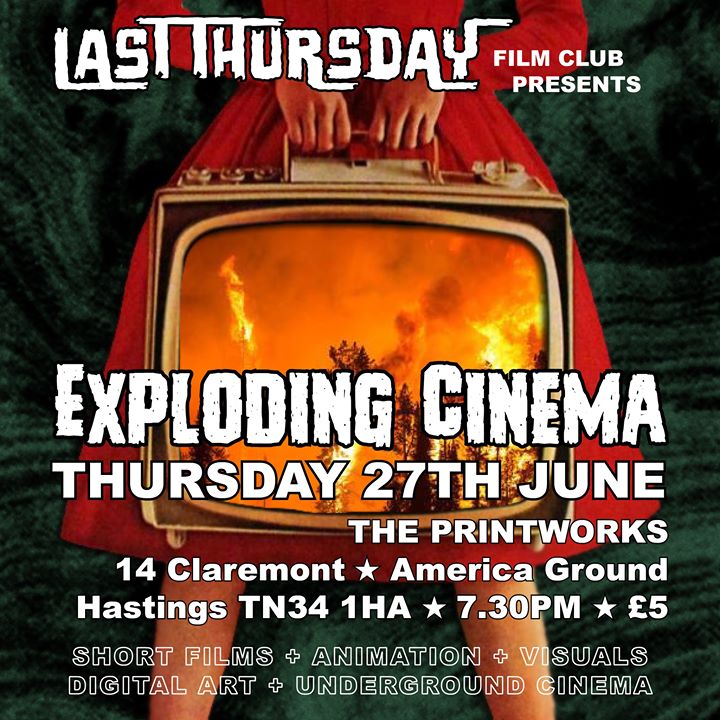 London’s longest running short film screening club is coming to Hastings to launch a monthly short film night at the Printworks in the America Ground.
The Exploding Cinema is a screening collective that emerged from the underground art squat scene in 1991. They organise regular open access screening nights of short film, underground cinema, artists moving image and performance art. Anyone can show a film – anyone can join the collective. Over the last 28 years they have screened more than five thousand no-budget films/videos in squats, pubs, clubs, cafes and church halls, they have staged one off shows in disused factories, office blocks, a circus tent and in the deep end of a squatted Lido. They have toured Europe and had screenings in America and Australia.
Now they’re coming to Hastings to launch the Last Thursday film club, a new monthly screening night which will feature open access slots for local filmmakers plus special guest stars from the spectacular international short film scene.
If your a local maker and you have a film you’d like to show on the 27th June or at another Last Thursday show don’t hesitate to get in touch :
lastthursday@yahoo.com