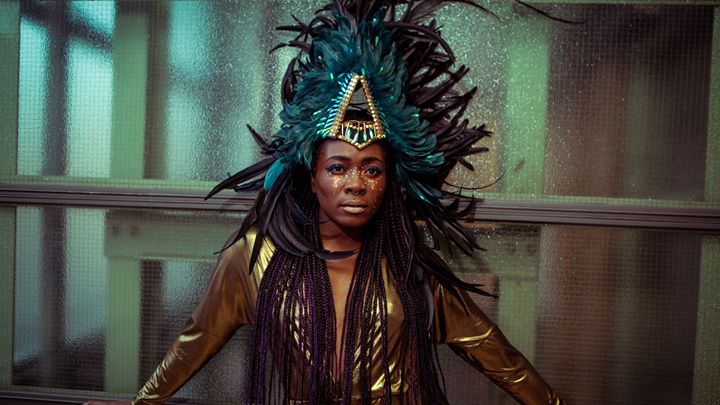 Rachael Young and her badass band of super-humans embrace Afrofuturism and the cult of Grace Jones in NIGHTCLUBBING; an explosive new performance bringing visceral live music and intergalactic visions to start a revolution.

1981: Grace Jones releases her landmark album ‘Nightclubbing’; her body is brown and soft.

2015: Three women are refused entry into a London nightclub; their bodies are brown and soft.

WE are those women, we zoom through galaxies and solar systems, travelling through time, preparing for our moment to land…IT’S NOW!

Knotty Festival of Performance Launch
Join us from 7pm in the Circle Bar inside the White Rock Theatre for an informal drinks reception to launch the Knotty festival of performance.

This event is part of Knotty Festival of Performance across Hastings.