One In The Eye Comedy – Maisie Adam 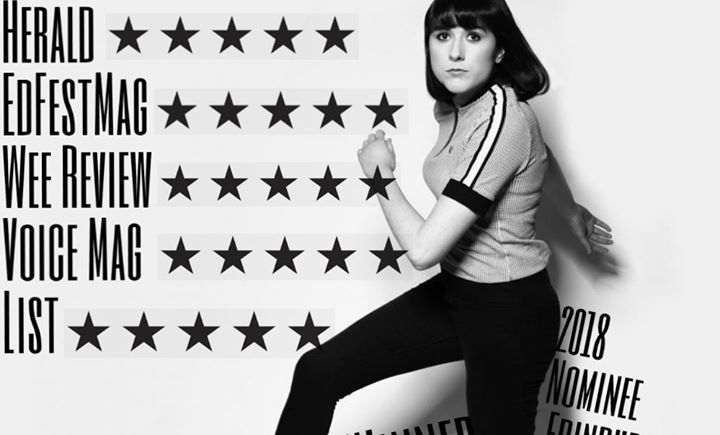 Maisie Adam is a young female comedian from Yorkshire. Having only started on the circuit in 2016, her anecdotal material and self-deprecating charm have quickly won her praise up and down the country.
After previewing her first stand-up show “Living On The Edge” at the Ilkley Fringe, she then took the debut show on tour to theatres, festivals and comedy nights across the UK. After receiving positive reviews from runs at Bath Comedy Festival, Hastings Fringe Comedy Festival, Southend Fringe and Guildford Fringe, the show was nominated for Best New Comedy at the 2017 Brighton Fringe.
Later that year, Maisie entered the nationwide So You Think You’re Funny? competition (which has previously been won by many of her comedy heroes, including Peter Kay, Aisling Bea, Tom Allen, David O’Doherty and Lee Mack). Before she knew it, she found herself with a place in the Grand Final, held at the Gilded Balloon up at the 2017 Edinburgh Fringe Festival, and on 24th August she won the competition, becoming only the 4th woman to have done so in it’s 30 year history.
Maisie has since appeared on The Stephen K Amos Talk Show, SkyArts and BBC Radio 2. She has appeared alongside Josie Lawrence and Dan Antopolski as well as opening for Lloyd Griffith, Bec Hill and Gavin Webster.

“There’s something incredibly watchable about Adam – whether it’s her effervescence onstage, finding jokes in the minutiae of life or her fantastic physicality. Inevitably she’ll be compared to a young, female Peter Kay, except her jokes and performance are far more eccentric.” – The Skinny.

“This is a name to watch!” – Official Buxton Fringe Review

Support from the brilliantly funny and creative comedian William Stone, William has been nominated for BBC new act of the year finalist as well as Leicester square new act finalist 2018 and is also one to watch going into 2019.