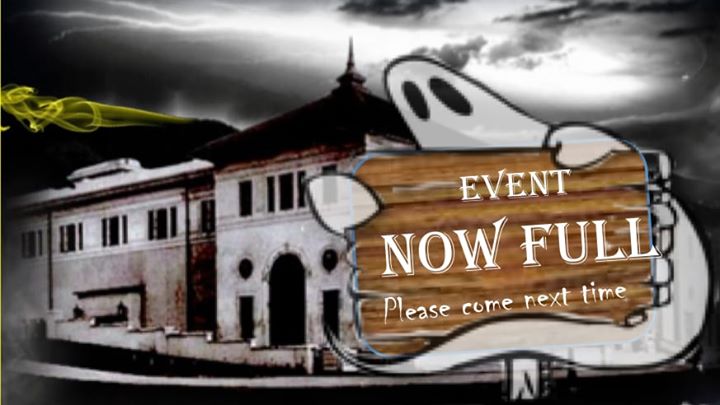 ****Sold out event, go to
https://www.ukghoststore.com/product-category/events/ for more investigations with tickets ***

Join us as we return for the second time to investigate The White Rock Theatre. You wont find this opportunity anywhere else!

*Small teams looking to collect evidence of the ghosts.
*latest equipment including thermal imaging available for all to use
*Live CCTV streamed back to the big screen in the base room
*Technical and spiritual experiments
*Light refreshments provided.
*Experienced team of investigators

A ghostly apparition of a female figure hurrying about the building, described as wearing an old fashioned nurse uniform and seems to be carrying someone in her arms. Long skirt, white apron, Cap. She’s seen walking through walls.
Poltergeist activity has been reported in the theatre. Theatre goers have seen an old man wearing a raincoat vanish into thin air. Performers have had experiences in their dressing rooms which gave them the distinct knowledge that they were not alone.
The original East Sussex Hospital was replaced with the White Rock Pavilion which was opened by Edward, Prince of Wales in April 1927. The pavilion underwent a further re-modification in 1937 and again in 1985 when it was renamed the White Rock Theatre.

From its very beginning Hastings Borough Council ran the Theatre. As the years went by and the Theatre continued to run at a loss, the council decided to close the Theatre down. This announcement was met with the fierce opposition from local people and groups rallied round in support of the White Rock. In May 2002 Clear Channel Entertainment, took over management of the venue. On February 1st, 2009, HQ Theatres took over as operator of the White Rock in partnership with Hastings Borough Council.
The cost for the night is £45 per head, 8.00pm for an 8.30pm start. The night will finish at 1.30am, by which time you will have had the chance to experience what it is like to be a paranormal investigator, and had the opportunity to try a mixture of traditional techniques as well as modern technology to try to decide for yourselves – WHO HAUNTS The White Rock Theatre?

You can secure your place with a deposit, we require the balance of the deposit by 1st January 2019, we will refund deposits up until the 1st of December 2018. You can either pay the balance of a deposit above or we will invoice you closer to the time.