Rhythm of the Dance: 20th Anniversary 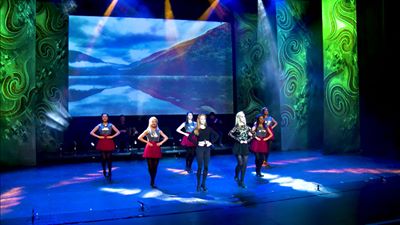 Over 7 million fans worldwide mark 20th anniversary of Rhythm of the Dance.

Like a sheet of lightening the pulsating rhythms, pure energy and melodic music, in the Rhythm of the Dance show, has hit 50 countries around the world with audience figures of over 7 million fans during the past 20 years. Now in 2018 this global toe-tapping success continues from China to South America and from sunny Spain to snowy Siberia. Fans everywhere are enjoying 2,000 years, and more, of dance, music, songs and culture from pre-Celtic times to modern day sounds all compacted into a 2-hour concert. It’s full of flailing feet and fiddles, futuristic dances, eye-catching lighting and costumes, sensational sound effects and is now one of the top 3 Irish step dance shows in the world. Apart from having World and Irish champion dancers; this show also has some of the finest Traditional musicians plus singers who are a big hit everywhere. Perhaps it’s the combination of having the crème de la crème of live performers, intertwined with the latest technology, that takes the audiences on an exhilarating and exciting, energy packed 2-hour time-trip through the ages and makes it so successful.

With what can best be described as, akin to the speed of lightening, the dancers sometimes have literally just seconds to make 25 costume changes during the show. The live band consists of top class musicians who play a vast array of musical instruments which include the Traditional Uilleann pipes, Irish Bodhran, fiddles, flutes, accordions, banjo and whistles.