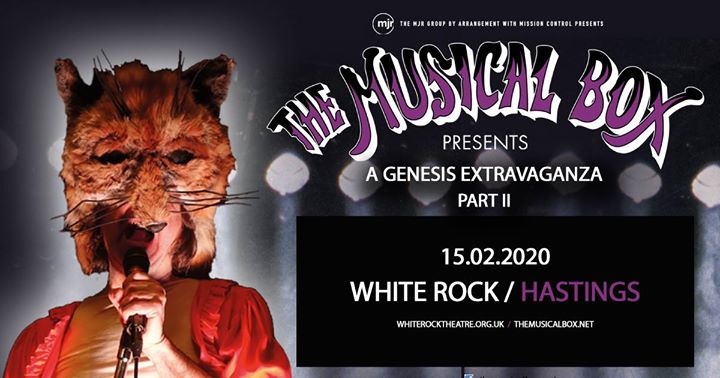 In 2018, in an all-out performance of live visual signature stunts, a museum-worthy array of vintage instruments and a dizzying pace of hit tracks and stage rarities, The Musical Box indulged in, for the first time in its 25 year existence, an intense trip of their own imagining… into the world of early Genesis. In 2019 they return, with Part II of A Genesis Extravaganza.

As the only band ever licensed and supported by Genesis and Peter Gabriel, The Musical Box presents a new, never performed show featuring the music of Trespass, Nursery Cryme, Foxtrot, Selling England by The Pound, The Lamb Lies Down on Broadway, A Trick of the Tail and Wind & Wuthering.

With a few added surprises thrown in for good measure, it’s a performance that any Genesis fan will not want to miss!