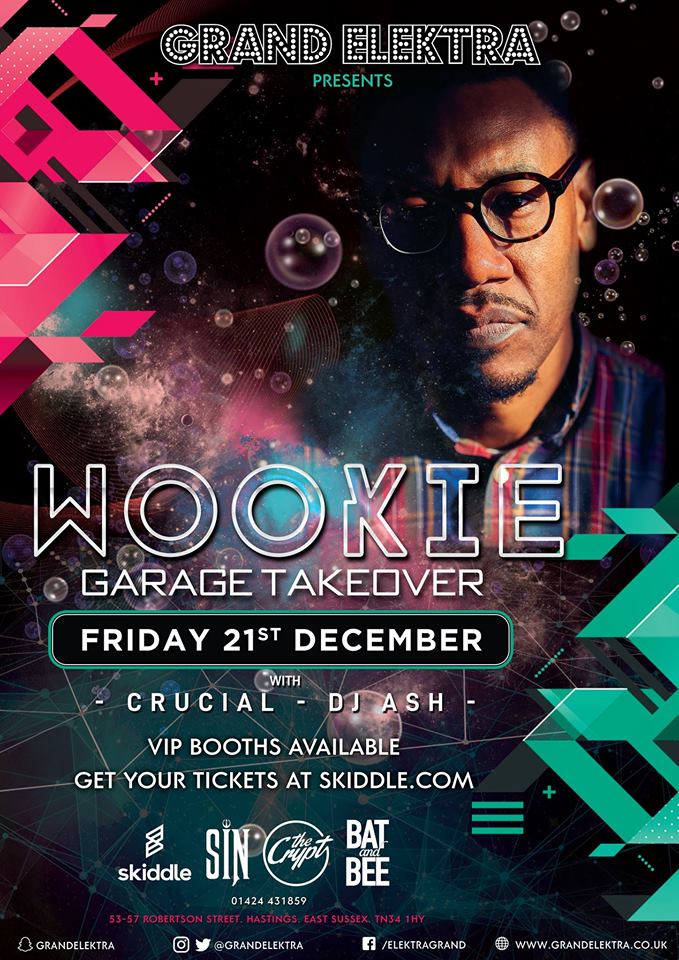 Wookie, the renowned producer and remixer is widely regarded as one of the most influential founding fathers of UK Garage. He began his musical career releasing classics such as “Scrappy”, “Down On Me” and “Storm” through his own label ManChu Recordings. After signing to the production collective Soul II Soul, Wookie (real name Jason Chue) released his seminal self-titled album.

PARTY IN STYLE
Limited VIP booths available from as little as £16.00 per person. Please note, these booths are first come first serve. Set to sell out… to avoid disappointment book yours NOW! Call 01424431859 or email marketing@grandelektra.co.uk to book yours!