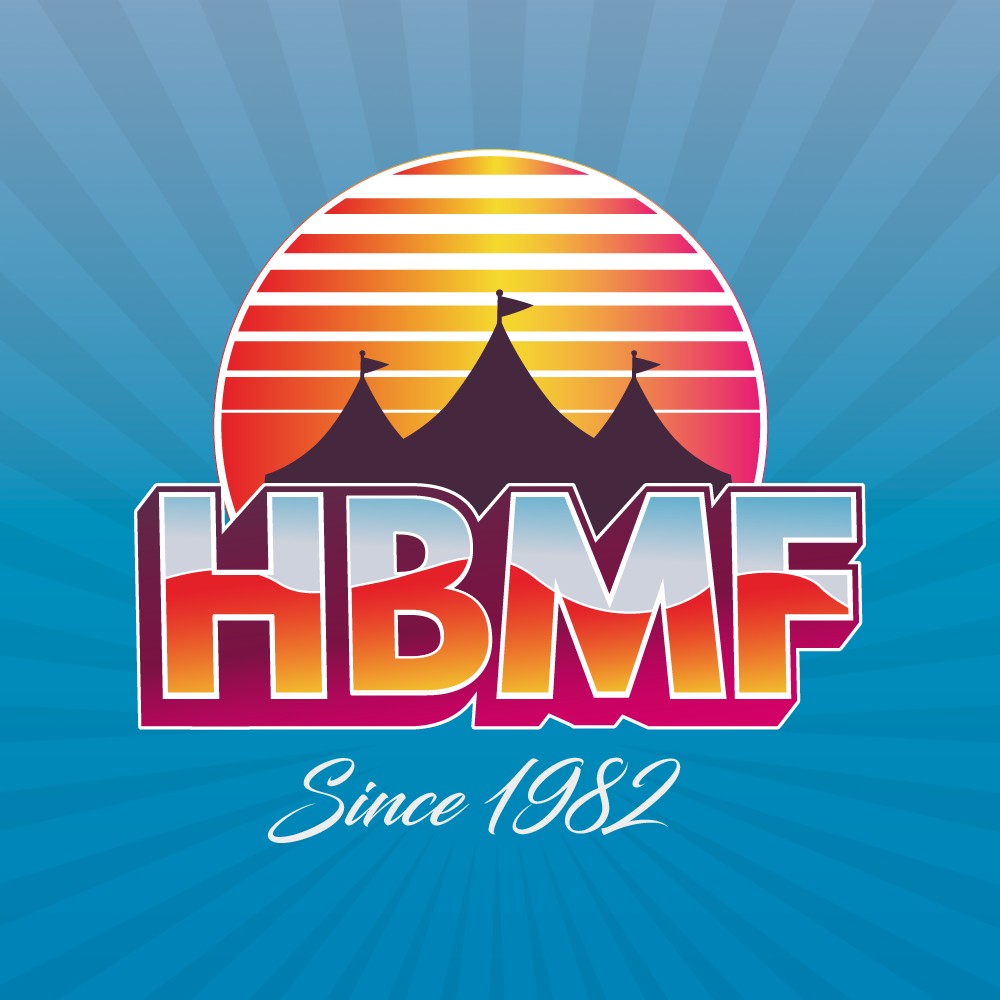 The event is entirely staffed by volunteers, and as such every single penny (over £1m to date) raised goes to local good causes.

With a massive selection available in the Real Ale tent, as well as lager, local ciders and wines, high-quality local food, and the best local musicians, we’ve grown a reputation as the best beer and music festival in the South East!

Hastings Beer and Music Festival is a four-day event organised by Hastings Round Table. It is the biggest social event in the area, with stunning sea views from it’s elevated venue, The Oval. The event is entirely staffed by volunteers, and as such every single penny (over £1m to date) raised goes to local good causes.

Conceived in 1981 by former Hastings Round Table member John Butters and friend Martin Harris, ‘Hastings Beer Festival’ started life as a small charity fund-raising event in the glorious Alexandra Park.
In 1998 the event was renamed the ‘Hastings Beer and Music Festival’ (HBMF), and organised by Hastings Round Table (with the much appreciated help of hundreds of volunteers), it is now the biggest social event in Hastings and the surrounding area- averaging over 11,000 revellers through the gates.

In the following years the event just went from strength to strength, with numbers consistently growing. We have of course adapted with the times, mainly the shift towards music being as important as the beer- which has in turn resulted in us being able to secure some of the best local bands, as well as some big names (Keane in 2005 & 2012, and Status Quo in 2006 to name a few). Since 2006 we have stuck to the remit of keeping it local (we’re not suggesting working with some big names is hard work, but…).

In 2010, we were only too happy to extend HBMF by one night to accommodate the ‘Battle of Hastings Proms’ on the Thursday evening. Conducted by Roger Wilcock, the Hastings BIG Choir of 150 voices hosted the evening and led the singing, accompanied by members of Battle Town Band and guest musicians. In subsequent years, Medway Towns Championship band have appeared, along with local Soprano, Jan Reeve and Tenor, Doug Edwards to inspire us in Rule Britannia and much more. Needless to day, Pimms was added to the menu and all the Proms favourites are still there 10 years later.

Then came possibly the biggest change since it’s conception. In 2017 it was time to finally accept that, as much as we all love Alexandra Park, we had outgrown it. We bit the bullet, and with the approval of Hastings Council, moved to what’s locally known as The Oval. An elevated site with fantastic sea views, vastly improved logistics from delivery of hundreds of barrels/bottles of drinks to fitting in necessary toilets (always a bugbear at the Park), and 50% bigger, we hope the change will only bring good things for HBMF and it’s loyal fan base.

HBMF’s focus on voluntary work and commitment to donate 100% of money raised to local causes has, we’re proud to say, remained throughout.