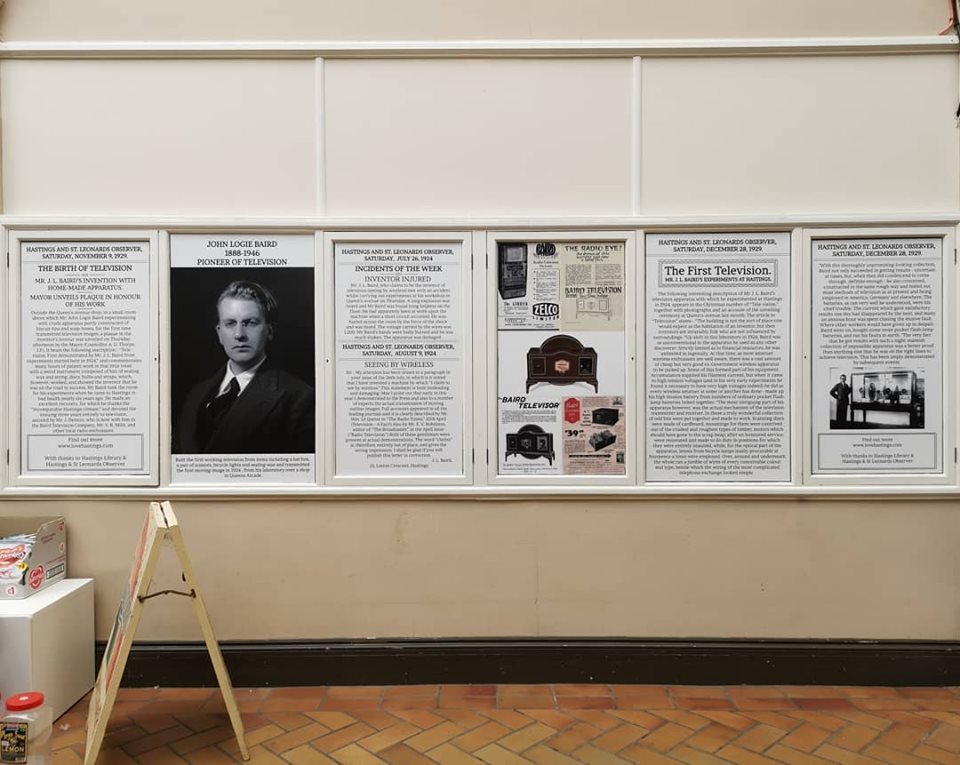 John Logie Baird built the first television from items such as scissors, a hat box, bicycle lights and wax and transmitted the first moving image in 1924 above a shop in Queens Arcade.

Working alongside Hastings Library and the Hastings Observer, we have recreated original newspaper articles from 1924, when John Logie Baird was carrying out his experiments.

Pop in to Queens Arcade to find out about this incredible piece of history, which took place in the heart of our town centre.