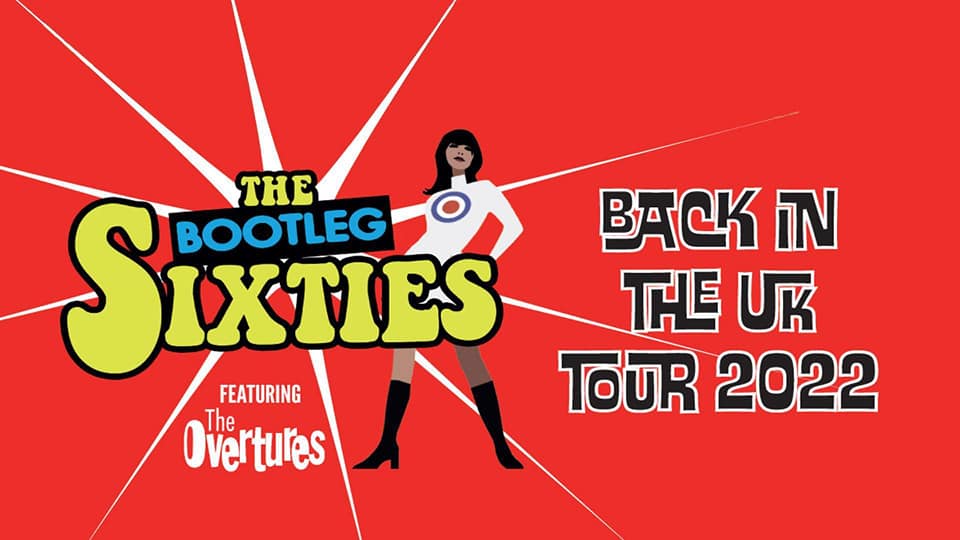 Fancy winning tickets to see the world’s best 60s band? Sir Elton John told GQ Magazine, “This band are amazing! They’re the best band of their kind in the world.” 🌍 A view shared by many who’ve seen The Bootleg Sixties show ☮️✌️🌈🇬🇧
And we’re giving away TWO pairs of tickets for #winningwednesday to see The Overtures live in Hastings on Friday 28 October. Not BOOTLEG tickets, but the real deal! Entry details below… 👇

Randomly-chosen winners to be announced next week. Good luck!
• • • • • •
As well as supporting Elton at the 02 Arena in 2008, the band have played privately for the likes of Sir Paul McCartney, Elvis Costello, Lulu, and Buckingham Palace!

Performing together for over 30 years, the band now return to Hastings on their UK tour. Whether you’re a hippie, mod, or rocker, they’ve got the sixties covered.

If you don’t want to miss this two-hour celebration of pop’s finest decade then book your Bootleg Sixties tickets online and check out their trailer.
🎟👇ℹ️📽▶️
https://whiterocktheatre.org.uk/Online/tickets-bootleg-sixties-hastings-2022