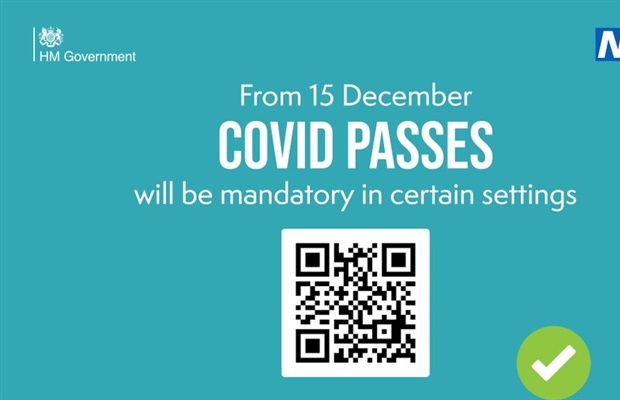 In a snap survey carried out by Love Hastings over half of the hospitality businesses who responded said the current ‘Plan B’ restrictions may cost them an average of around £10,000 each in lost takings over the Christmas period alone.

The survey was triggered by a call from the UK Hospitality trade association to ask the government to introduce fresh financial support for the sector to avoid further job losses and business closures.

Around half of the Hastings businesses that took part said they were already looking at takings being down significantly on pre-COVID numbers. Almost a third had been predicting 25-50% decreases in sales, with one in six projecting over 50% or trade being lost.

And now that Plan B has been put in place many businesses are already reporting signs from customers that things will get even worse. Over a half expect the impact will result in an additional loss of no less than 25% and in a significant number of cases over 50%

John Bownas, manager of Love Hastings, said: “We need to echo what is being said at a national level in terms of calling on the government to provide much needed support at a critical time of the year. The industry is talking about a national loss to the sector of some £4bn – and certainly the sorts of comments we had from those who took our small survey in Hastings would indicate a lot of the public are definitely going to be wary about socialising as long as these restrictions remain in place.

“Typical comments we had back from owners were that they had seen cancellations of pre-booked Christmas parties, regular customers staying at home, a general downturn in trade in comparison to the last few weeks, and a general sense of confusion and uncertainty leading to slow sales for shows and events including New Years Eve.”

Kate Nicholls, CEO, UKHospitality said, “The measures announced last week will significantly impact consumer confidence and be particularly devastating to city and town centre venues. As such, they risk devastating the hospitality sector amid its most important time of the year.  We therefore desperately need support if we are to survive this latest set of restrictions and urge the government to stand behind our industry. That means full business rates relief, grants, rent protection and extended VAT reductions. Anything less would prove catastrophic.”