The story of the America Ground

The story of the America Ground 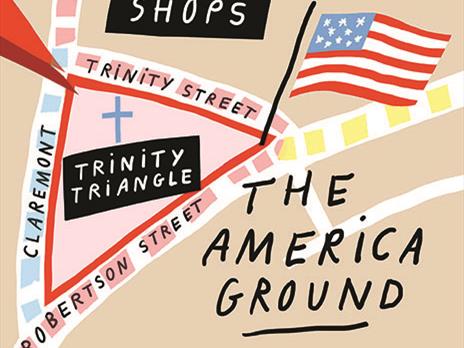 Hastings Harbour was one of the original Cinque Ports, however over a period of centuries a series of huge storms silted up the entrance and the harbour became a beach.

This created a new piece of land that Hastings Corporation had no control over.

Rope-makers were the first to make use of the site around the start of the 19th century, using the desolate land to lay out their ropes.

Soon the hulks of condemned boats began to haunt the new beach, providing shelter for the workers.

This was a busy time for Hastings as the foundations of the new seaside town of St Leonards were also being built, meaning lots of builders and labourers looking for cheap accommodation.

By the mid 1820s, there were almost 200 homes and businesses on the land, providing accommodation and employment for more than one thousand people.

It was around this time that attempts were made by the authorities to take back control of the land and clamp down on lawless occupants of what was then known as the Priory Ground.

This was met with fierce resistance and direct hostility, and led to the residents hoisting the American Stars and Stripes and declaring themselves to be an independent state of America.

This area of Hastings is still known by this name today and still harbours a huge degree of independance, as evidenced by the unique shops and bars that are to be found on White Rock, Trinity Triangle, and Robertson Street.