We backed the The Red Arrows over Hastings!

We backed the The Red Arrows over Hastings!

To commemorate 100 years of the Royal Air Force, Hastings RAF 100 brought the magnificent spectacle of the Red Arrows and the Battle of Britain Memorial Flight to Hastings town centre…with support from the Business Improvement District.

The displays both brought large numbers of visitors to the town.

Other entertainment and attractions took place in Hastings Town Centre and Priory Meadow Shopping Centre throughout the weekend.

Sunday 22nd July
A display by the Spitfire, Lancaster and Hurricane for the Hastings RAF 100.

Produced in greater numbers than any other British combat aircraft before or since the War, 20,341 Spitfires were built in 22 different variants (excluding the navalised Seafire) and the aircraft remained in production for 12 years. The prototype’s maiden flight took place on 5th March 1936 and Mk1 Spitfires entered RAF service (with No 19 Squadron) in August 1938.

The Avro Lancaster is the most famous and successful RAF heavy bomber of World War Two. It is a legend that lives on today and the contribution made by the aircraft and its crews to the freedom of our nation will, hopefully, never be forgotten. The prototype Lancaster took to the air for its first flight from Ringway, Manchester, on 9th January 1941; the first production Lancaster flew later that year on 31stOctober.

The Hawker Hurricane is one of the classic fighters of all time, designed and built for war. It was at the forefront of Britain’s defence in 1940 and it played a major part in achieving the victory of 1945. Sadly, today, there are only 12 Hurricanes still airworthy worldwide; only 6 of those in UK. Hastings is lucky to have one of these rare and historically important aircrafts flying over the town. 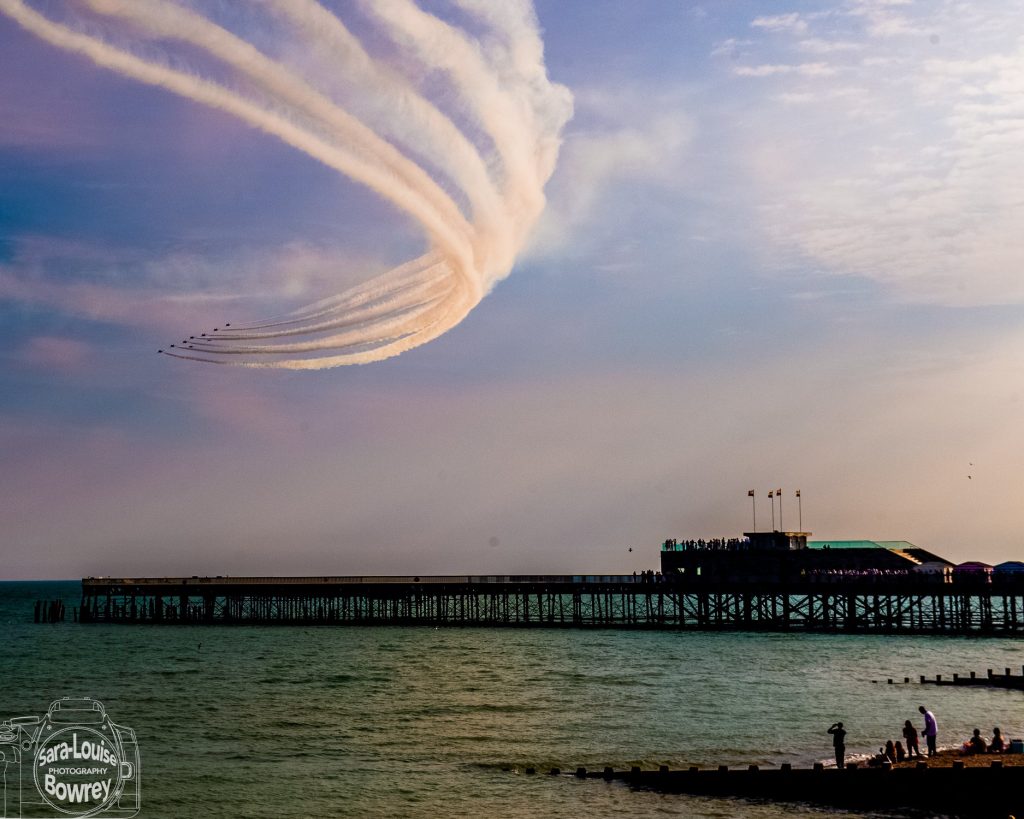 The Royal Air Force Aerobatic Team, the Red Arrows, is one of the world’s premier aerobatic display teams. Representing the speed, agility and precision of the Royal Air Force, the team is the public face of the service. They assist in recruiting to the Armed Forces, act as ambassadors for the United Kingdom at home and overseas and promote the best of British.

Flying distinctive Hawk fast-jets, the team is made up of pilots, engineers and essential support staff with frontline, operational experience. Together, they demonstrate the excellence and capabilities of the Royal Air Force and the Service’s skilled, talented people.

With their trademark Diamond Nine shape and combination of close formations and precision flying, the Red Arrows have been displaying since 1965.