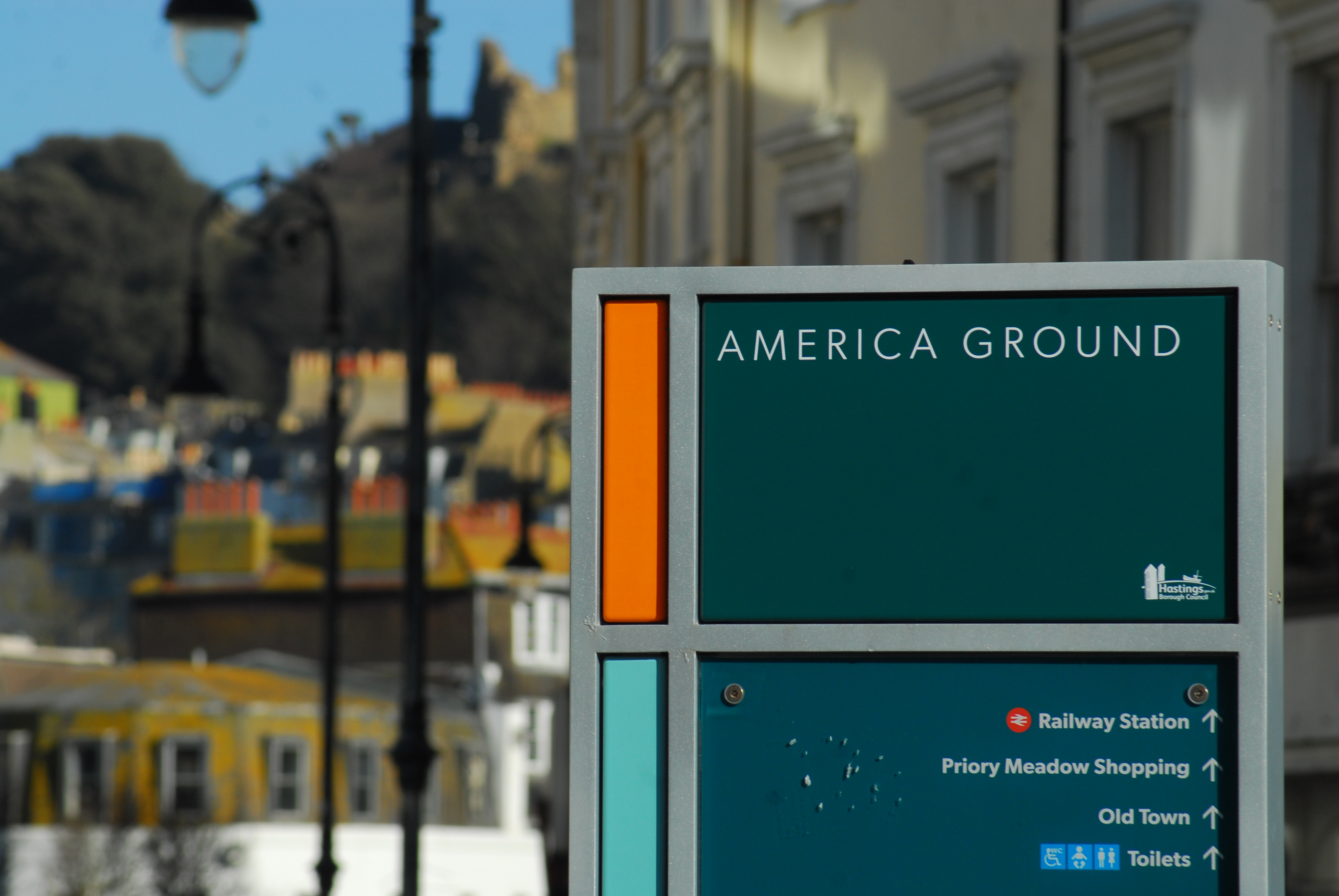 In April 2017, Hastings Borough Council announced that a successful Government funding bid had resulted in Coastal Communities Fund 4 (CCF4) funding for a two-year, multi-partner project in the White Rock/America Ground area. The funding was just over £800,000 in total.

The funding has contributed to projects at Rock House, a partially converted office block with a mix of uses, including commercial, residential and community, to provide affordable business development and commercial space. The adjoining Rock Alley will also benefit, with improvements allowing adjoining businesses to contribute to its economic revival and creating a great event space.

The currently redundant water feature and White Rock promenade between the Pier and Source Park will be refurbished and traditional beach huts have been installed east of the Pier to encourage active use of this area of the beach.

The Source Park has developed a BMX Olympic inspired training programme and offer a series of local, regional and international BMX and skateboarding events to attract thousands of visitors extending the season throughout the year.

Visit 1066 Country are also running a “Destination America Ground & White Rock” campaign, promoting the area as a must-visit for out of towners.

The White Rock Trust (WRT) (formerly Hastings Pier and White Rock Trust) was one of the beneficiaries of that funding, having been awarded £50k over 2 years to provide a White Rock area Business Development focus. The trust was unable to deliver this project and Love Hastings were approached for the BID to run it.

The aim of the BID project is to
• Build the capacity of the business community to take part in activities and have a stake in revitalising the area
• Act as Champion of the business and wider community, giving a voice to those who wish to engage, particularly the micro and small businesses operating within the White Rock area
• Provide opportunities for information sharing and dialogue between the community and CCT/other networks delivering initiatives in the area
• Support the community to develop projects, offering advice and signposting, as appropriate

Together the projects aim to support 180 local businesses, create 12 tourism events, create over 180 jobs, increase visitor numbers by over 60,000 which in turn will create an extra £4m spend in support of the wider community.

The programme will enable the council and its partners to continue the regeneration of the White Rock area with a total project value of £1.09m.

Love Hastings have recently started a business networking group for businesses in the White Rock area. A SWOT analysis was carried out which identified several opportunities for visual improvements to the area, and this need to boost the attractiveness of the area remains a core focus of the BID team, with projects underway to bring more art, better Christmas illuminations, and improved streetscene maintenance to the town as a whole.